On 11th November, Isa and Gui held a session about LibreRouter at the Metalab in Vienna, Austria.

A quick overview of the networks in Latin America was given, explaining the motives behind the LibreRouter initial idea, and how the recent progress unfolded. Drawing connections with other movements, and taking the opportunity to promote the upcoming BattleMesh v10 Edition, while at the same time remarking the current lack of diversity of the developers community (mostly white males) and how projects like LibreRouter, which involve many different skills, can help change that situation.

The gender distribution of the audience surprised some of the local Metalabbers, accustomed to an overwhelming male majority, since in this case men represented only half of the public. This was deemed in part thanks to an invitation distributed over the Femail list.

An interesting piece of feedback came from Jackie, one of the attendees, the day after the talk:

I was yesterday at the presentation and found it very interesting. Mainly because I had already the impression in advance that your project is perhaps not quite as nerd-centered as other projects (like FunkFeuer). I guess that this also has to do with the economic-social conditions.
Anyway I would have found interesting further discussion about inclusion / exclusion. Because at least in Vienna, I know there are always groups like “Yeah, we are all open to the participation of women* and other marginalized groups” and they would enjoy inclusion, but nevertheless the active invitation politics don’t work so well for some reason.

To put this into context: Jackie participates in the diebin.at collective, where they organized a Linux Intro Workshop for women* and trans people with the initial hope of gathering maybe 15 persons, and ended up getting more than 40 registrations, evidencing the need of such spaces.

I think it is always great to see how people on the other end of the world handle the technology, how it is a community event and all kind of people participate (young and old, men and women). I love the photos and videos shown, it’s really great to see what’s happening and how we are connected through this technology. 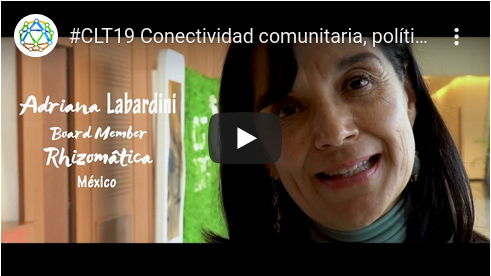 Doing _Power-over-Ethernet_ on a Gigabit port might seem challenging at first sight: since all 4 pairs of UTP are used as data lines, there are no «spare» pairs to use exclusively for sending DC current, as in 100mbit ethernet cables.
However, it’s possible to inject (and extract) DC voltage _on the data pairs_, using *center-tapped transformers*, preserving the signal transmission intact and the gigabit speeds of the port.