The right to co-create the Internet is proposed as a step forward in the discussion on access, connecting the unconnected and net neutrality. The concept shifts the focus from users as consumers to users as citizens of the digital territory.

For many years grassroots organizations have used the same terms as the most powerful actors in the private and state sectors of the Internet ecosystem to refer to the expansion of Internet connectivity. The term in the center of the discussion is “access”. All sectors advocate for more access, to extend access, to provide access.
At AlterMundi, we have always felt uneasy sharing terms with corporations that have a clearly opposing view of what we are trying to achieve with Internet universality.

We all know that the Internet can be a tool for freedom, diversity of voices and self-determination, but it can also – and it’s abruptly becoming – a tool for control, surveillance and the expansion of a global mono-culture. Those who fight for the former should not share perspective with the entities creating the latter.

From this need to find new, more precise terms, the right to co-create the Internet was born.

The difference in perspective is of the same nature as the distinction between food security and food sovereignty. You may find Bayer/Monsanto advocating for food security ; their business is “to feed the world”; but you won’t find them defending food sovereignty . The decolonization and sustainable self-determination principles embodied in the food sovereignty movement are incompatible with the view of concentrated power in the Agro/Food industry just as much as the liberating characteristics of Internet co-creation are to the Internet “powers that be”.

There are some very specific characteristics of the access model that are problematic from an Internet co-creation perspective:

Big ISP offerings usually provide a connection which has a much higher download than upload bandwidth. This directly limits the possibility of users to share content and services directly from their end. Imagine you have a community radio and you want to stream your content directly; there’s a high chance your upstream bandwidth will be so low that your stream will be saturated after a very small number of listeners connect. Same goes for sharing P2P content, public domain digital books, local video streaming, and even your own website, which you could host in a $50 server at home.

A second hindrance comes from the fact that your ISP will usually assign you a dynamic IP address which changes over time. Consider this real-life analogy: you want to put a shop, but your street name and number keep changing over time; how would you get people to find your shop?! The availability of IPv6 should solve this problem, but providers are still assigning dynamic ranges.

Depending on who’s your provider and their transit agreements at any given time, when you send data from one device to another on the Internet, it may go through a short, logical route to it’s destination, or it may travel around the world for no apparent reason. The decision has little to do with efficiency in terms of use of resources but of commercial advantage and the possibility to establish central surveillance points. This model hinders peer to peer and locally hosted services.

4) the network ends at the client’s home

The Internet is based on standards which allow us to very easily extend it’s reach on our own. If you live in a low income neighborhood, you could build a small local network to extend the Internet connectivity from a neighbor’s house to the rest, but this is usually against the contract you sign with your ISP.

Now… why is this model adopted by providers both big and small? It’s clear that big providers have a business model where they can sell you “access” bandwidth at your home and office while they will also sell you hosting and “cloud services” in their datacenters. They are essentially selling the bandwidth twice, which is good business. Your dynamic IP is part of the same deal. You cannot put a shop on your own neighborhood, you’ll have to rent space in the Mall (their datacenter), where you will be provided with the appropiate resources.

But why do medium and small ISPs reproduce this same logic? They don’t have a hosting business, they don’t own the “Mall” and on top of that, when they sell you a service which is limited for you to host your own content and services, they are giving away network value. Every network’s value is determined by the relative transit equation it has with it’s neighbors. If your network holds no content and services, then it has zero value and you will have a really hard time negotiating peering agreements with the big ones. Why then do small ISPs shoot their feet? Maybe they just haven’t stopped to think about it critically.

Apart from the standard broadband business model, there are a number of Access initiatives that move even further away from enabling the co-creation of the Internet. State plans to provide access in public places, mobile networks that artificially limit their service to some company’s offerings (Whatsapp only, or Facebook only, etc.) and whose technology is by design limited to provide low upstream bandwidth.

Can we truly say that we have expanded the reach of the Internet to places where all we have is mobile services and public place access?

Are we not just “feeding some Internet” to the unconnected much as some food security initiatives feed OGM soy to children?

We can do better if we shift the paradigm. We truly can co-create the Internet.

A couple of days visit to Quintana, that ended up being two weeks: Gui joined Jesi and Nico on a “micro-sprint”, to […] 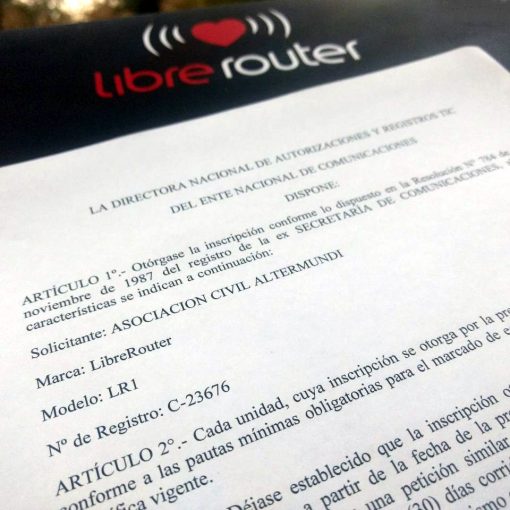