I had long been wanting to get my hands dirty with the recently released ath9k spectral scan code and proof-of-concept graph tool, even more after the BattleMesh v6 where I had the invaluable opportunity of not only meeting the author (the ever smiling Simon Wunderlich), but also getting some spectral scan details patiently explained by Felix Fietkau.

Furthermore, Laurent Guerby from tetaneutral.net came up with a pretty interesting idea: fetch samples once a day or so from each node, collecting them as historical data that can be used afterwards to debug unexpected network performance issues, such as those caused by rogue routers popping up, or any other change in the spectrum environment.

My initial thoughts for using the code was along the lines of Ubiquiti propietary AirView features, but taking advantage of the fact that samples can be collected without interrupting normal node traffic, enabling the possibility of having a real-time overview of a whole network instead of only one link; now, Laurent’s idea came as a perfect complement and both things combined would greatly enhance the diagnosing capacity of network admins.

Well, I first needed to get a “feeling” about it, see a quick mockup of how it could work, and (being myself a non-programmer) I resorted to my usual approach on things: make a script sooo dirty that I’d end up being proud of it 🙂

Yes, that will spawn a new window every couple of seconds, so it will soon freak out your window manager… unless (yay!) you periodically killall fft_eval with another watch! Yeah, I’m disgusting!

Anyway, that crappy loop gave me a good enough framerate (0.5hz or so) to start playing with different hardware and scenarios: 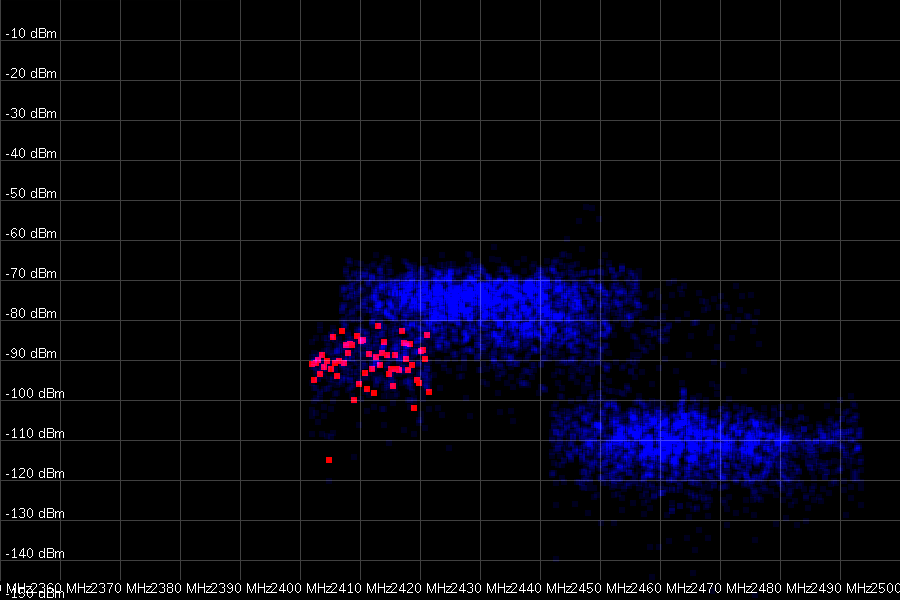 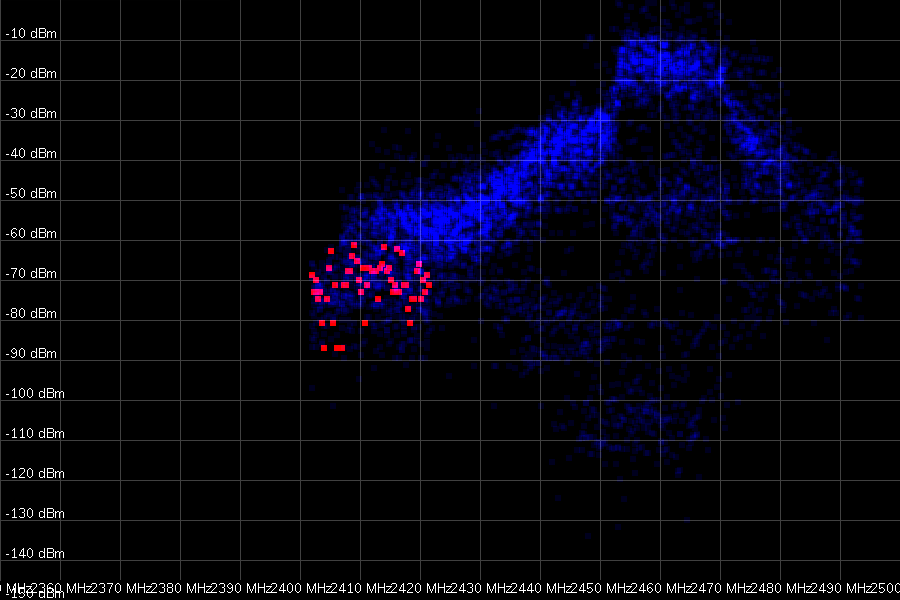 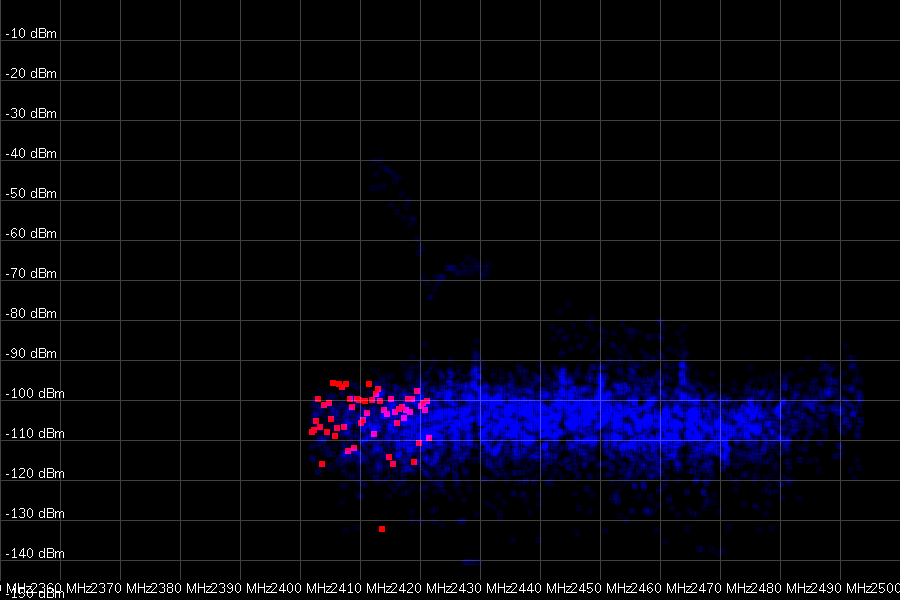 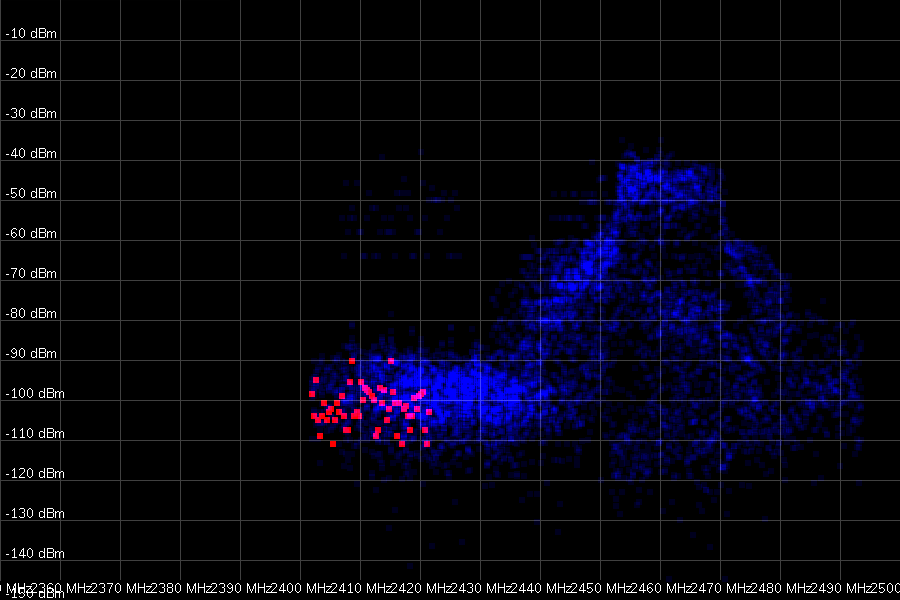 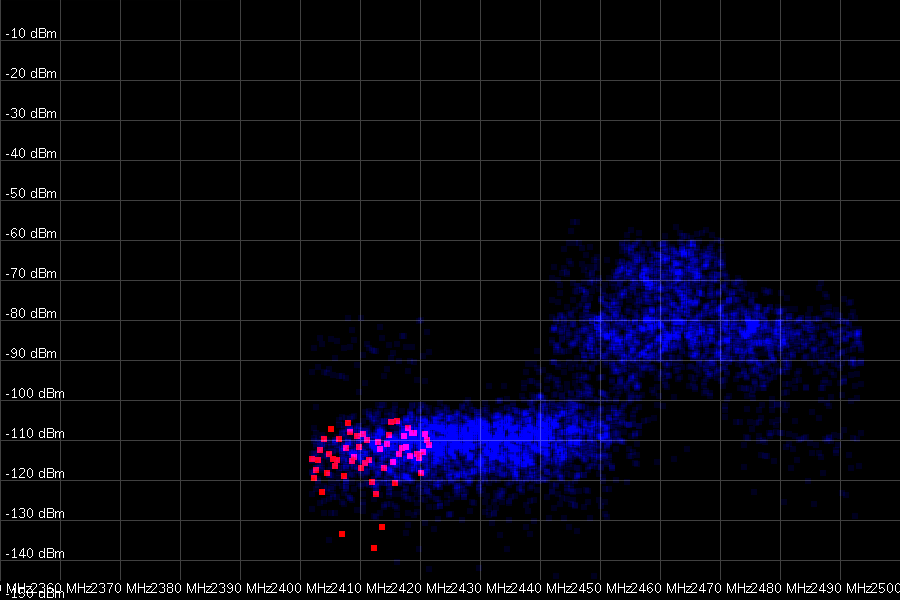 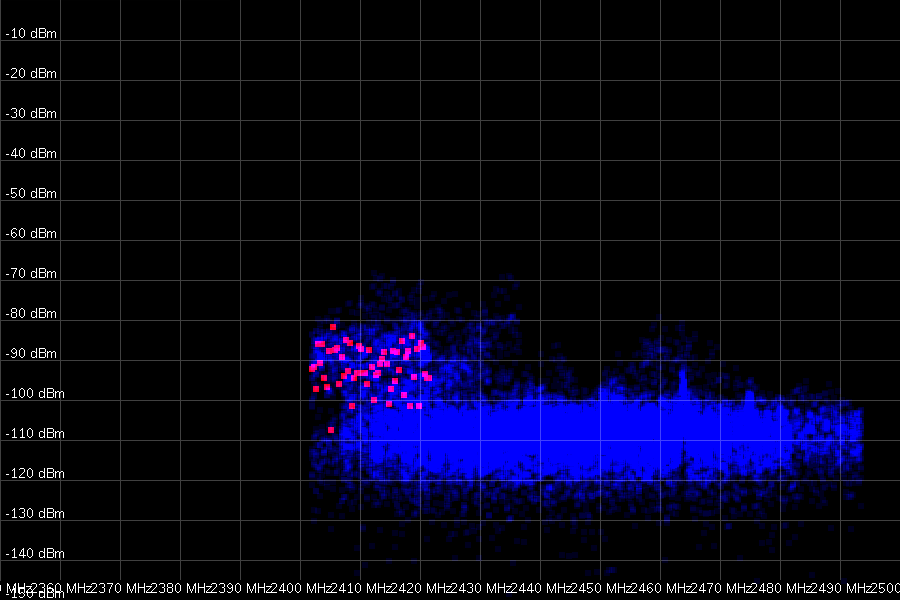 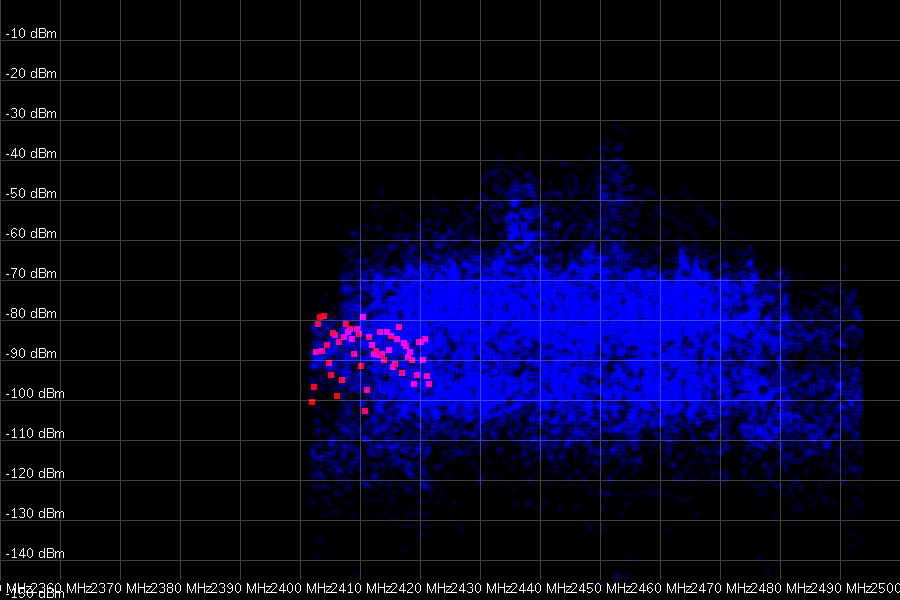 As a footnote, here’s what I understood (and/or recall) from talking with Felix: